In a rodeo world dominated by high-powered American Quarter Horses and Thoroughbreds, Boogie Blue, a gray gelding with the unmistakeable dished face of the Arabian breed, stood out like a chrysanthemum amid a bouquet of roses.

By Gavin Ehringer, originally published in the August 1996 issue of BHN.

But, when the championships were handed out at the National High School Finals Rodeo, it was the half-Arab, half-Welsh pony-cross that garnered the laurels.

Boogie Blue and his owner, Bobbiann Womack of Benton, La., claimed national championships in the girl’s all-around competition at the Finals.

Womack earned 590 points, including 140 points for her second-place finish in the final round of pole bending and 150 points for the pole bending average win, to defeat Colorado’s Jamie Rydberg by 75 points in the all-around race.

To the delight of the crowd, Boogie and Womack made a show of their pole bending victory. After skidding to a stop just past the electronic finish line, the compact gray horse and his petite, effervescent rider, wheeled to face the grandstands, then reared high into the sky, ala Roy Rogers and Trigger. Womack then cued her horse to kick up his heels, producing a buck that put some of the horses in the boy’s bronc riding to shame. With a wave to the crowd, the two left the arena triumphant, applause raining down on them for their athletic accomplishment and heart-grabbing showmanship.

“It’s a little trick; it’s kind of my trademark,” said Womack of her crowd-pleasing stunts. “I cued him to rear one day, and he’s done it ever since. He’ll buck, rear and bow on command.”

Womack bought the half-Arab gelding for just $500 five years ago at an auction. It was her first horse, and the duo obviously clicked. 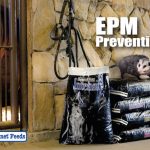