RFD-TV’s The American returns to AT&T Stadium in March for another year of top-notch competition when contestants meet for the “world’s richest weekend in Western sports” to battle it out for their share of $2 million.

Doors open to the public at 5 p.m. Contestants will battle it out in Saturday’s long round before the top eight advance to Sunday’s short round.

Doors open to the public at 12:30 p.m. Sunday’s short round will see the top eight battle for a spot in the shootout round, where the top four will advance and The American champion will be crowned.

RFD-TV’s The American Rodeo is an annual event that occurs at the Dallas Cowboys’ AT&T Stadium in Arlington, Texas. The American is now “the world’s richest weekend in Western Sports” and will pay out $2.35 million through a series of qualifiers, The Semifinals, and the final event, RFD-TV’s The American. The event unites the top athletes in the world from the Professional Rodeo Cowboys Association and pits them against underdogs who advance from The American Semifinals to battle for the biggest single paycheck of their lives.

Stage set for RFD-TV’s The American 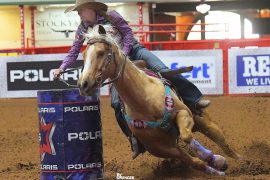 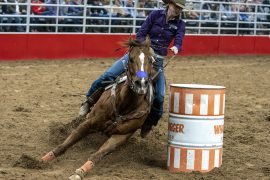