But this year is a little different for Wolfe in a way that every qualifier dreams of when they set their sights on The American. She won her first-career Semifinals performance and is sitting second overall with a 13.831, in prime position to run at AT&T Stadium on March 7 for the first time.

“I haven’t [even thought about AT&T Stadium],” Wolfe exclaimed after her run. “It’s been amazing. I’m just blessed to be here and compete.”

She says her 12-year-old gray gelding “Lynx” felt a little too quiet before the run—a characteristic she says can either make or break their runs. With the pressure on, Lynx more than delivered for his jockey.

“He felt amazing. He was very calm, cool and collected back there, so I knew it was either going to be really good or really bad,” Wolfe said with a laugh. “He loves his job and goes out there and gives 200 percent every time.”

From the four performances February 27–March 1, the top 10 fastest overall will move on to RFD-TV’s The American at AT&T Stadium from March 7–8, where they will compete against the top 10 from the 2019 Women’s Professional Rodeo Association final world standings for a chance at $1 million.

Click here for qualifying results from the slack and the buy-back rounds. For complete results, performance round schedules and draw for RFD-TV’s The American Semifinals, visit betterbarrelraces.com. 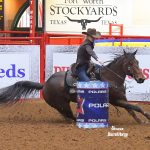 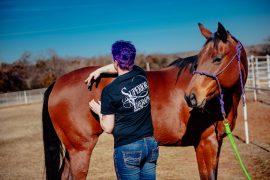 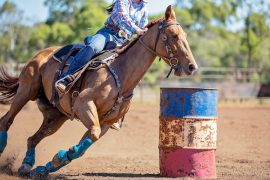 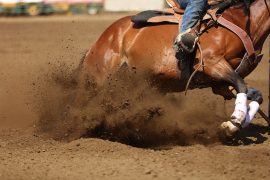 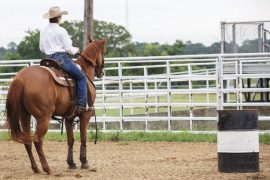 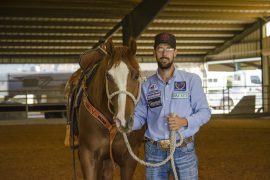