Barrel Futurities of America is excited to announce a new event at the 2017 BFA World Championship. The BFA World $ale $takes will provide a unique showcase for 3-year-old consignments that have walked through the sale 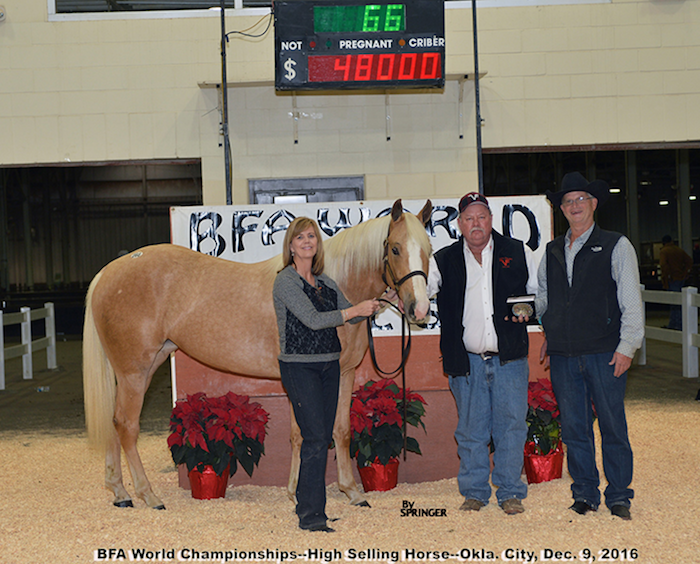 Sweet Firewater Rose (Dash Ta Fame X Firewater Fueled, Fire Water Flit) was the 2016 BFA World Sale high seller at $48,000. Photo by Kenneth Springer.ring of the BFA World Sale and other BFA-approved Going Big Time Sale Company horse sales. Additionally, $7,500 in bonus money will be distributed to the consignors of the top five horses and $5,000 in Future Fortunes bonus money will be distributed to the top Future Fortunes enrollees.

Competition rules allow a rider to compete on three horses. There are no entry number limits. The entry fee is $2,500, with the first payment of $1,500 due October 15, the second payment of $1,000 due November 15, and late nomination accepted until November 15 for an additional $1,000. Horses must be entered in the MVP Juvenile Futurity as well. Paid places will be determined by number of entries—one place paid per five entries.