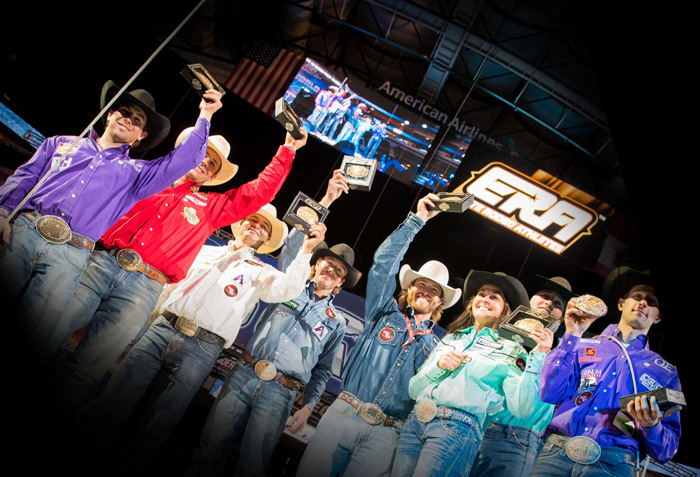 ERA inaugural champions at the 2016 ERA World Championships from November 11-13, 2016, at the American Airlines Center in Dallas. Photo courtesy the ERA.

Barrel Horse News: From your perspective, how do you feel about the success of the 2016 ERA World Championships?
Bobby Mote: We got off to kind of a slow start preparing for it, and we had to make some changes, so all things considered I think it went pretty well. There’s been a lot of opportunities to learn and make changes and get better, but as a whole there weren’t any big fires that just snuck up on us that were like, ‘Gosh I didn’t see that coming.’ I think that in itself is a success. It’s a big budget event with a lot to organize. Everybody on our team did an amazing job pulling it off.

BHN: Could you tell our readers why you revised the schedule?
BM: We set out to work with rodeo committees originally and then some things within the industry happened, so working with the rodeo committees largely wasn’t an option this year. We scheduled some events, but we scheduled them late in the year and they weren’t good dates. Once we did a few self-promoted events, we realized the challenges we were up against and what the economic outcome would be like on some of those events. In the fall, it was clear to us we had to go back to the drawing board and we were better off to not do those events, rather than to do them and be less than [exceptional]. Our events always need to be top-notch competition and great, high-energy, fast-paced events. If we weren’t going to be able to deliver that, we needed to make some changes, so that’s just what we did.

BHN: Have the PRCA, and now the WPRA bylaws, affected your shareholders or membership numbers?
BM: Well, it affected anybody who was a shareholder who wanted to rodeo, because they weren’t able to, and the Professional Rodeo Cowboys Association just put those bylaws in place just to make us stop what we are doing and go away, because they haven’t had competition and they don’t want competition. This group never said they’re never going to rodeo again, they never said they planned on making more money by going to the ERA this year than they would’ve made going to rodeos. It was a choice and we were kind of put in a position where [the PRCA] said, ‘Who are you going to choose?’ I think the group just said, ‘This is how much we believe in [the ERA].’ Going forward, I think the majority of them need to rodeo [in the PRCA and Women’s Professional Rodeo Association], and their fans want to see them and their sponsors want to see them, so they’re going to go do what they do to make a living, but it doesn’t impact the fact that when there’s an ERA event they’ll be there and they’ll be 100 percent behind it.

BHN: Can contestants give back their shares and still rodeo with the ERA?
BM: Yes, there’s nothing that says you can’t compete if you’re not a shareholder. This year, there were a number of them that did [give back their shares and continue to compete in the ERA]. [When we started the ERA], we were trying to create an ownership mentality, which would ultimately help deliver a better product. We felt as we got into it that the contestants being able to have a voice in the competition is really what gave them the ownership mentally, not actually holding stock. That was kind of the sticking point. There’s just as many contestants who gave up their shares early this year who rodeo who were just as all-in as the next guy who was an owner, so that’s not what determined whether somebody was going to get up early and stay late to try to help build this and bring a better product to the fans. It’s just that we have a voice and somebody cares what you’re saying.

It doesn’t make sense though for Lisa (Lockhart)–as an example. You only have those horses once in a lifetime, not to say she couldn’t do it on other horses–she has– but at the same time you never know when another one’s going to come around. So, if she stayed home and went to a small number of these ERA events, that may have fit her schedule, I don’t know, but time’s ticking on those horses and she has to go and try to capitalize. I know Lisa will drive across the country and be all-in for the fans, whether she’s an owner or not.
We’ve been making some changes in our structure so we can be prepared to move this forward in a bigger way without contestants being owners. We set out to create additional opportunities for rodeo contestants to make money and get more exposure, so that hasn’t changed. We’ll continue to do that.

BHN: What can fans and competitors expect in the next couple years from the ERA?
BM: I don’t look for next year to be just a huge jump in the number of events. Some change is sort of slow to implement. The new season’s basically upon us, and we’re going to be careful this year not to paint ourselves in a corner and say we’re going to have a dozen events, or 15 or 20 or whatever that number is, until we know. It’s going to grow at whatever rate the market will bear. We’re revising our management and our board. I think those are just a few of the things we could have done better the first time around, but we’re not missing it the second time.

BHN: What can barrel racers expect from the ERA in the future?
BM: Having more qualifiers is something you can look forward to in the future. Having more qualifiers for each individual stop is one of the directions it’s going, and that would be one of the big things.
For barrel racers in particular, we went to great expense to get the dirt at the ERA World Championships hauled in from the far side of Fort Worth, Texas, and prepared so it was good for everybody. Those are the kinds of things the fan doesn’t really know, but when the contestant has a voice, that stuff doesn’t get swept under the rug. It’s taken seriously. Not to say we’ve had perfect ground all year, but where we haven’t, we’ve done everything we could to make it good, or made every effort to fix it and make it right. We all understand how important those horses are and how hard it is to keep them sound, so we want to give every contestant every opportunity to succeed so it’s not luck of the draw that takes them out of it.

BHN: It’s been rumored the ERA and RFD-TV’s The American Rodeo are going to partner. Is that true? And, if so, what can you tell me about the merger?
BM: Well, I don’t know if partner is the right word, other than we held qualifiers in every event with the exception of the barrel racing, and they were dual qualifiers for The American and for the ERA. We want to work with everybody, so if there’s a way we can group competition into one, I think it’s a good opportunity, because travel is our biggest expense. If you can combine your opportunities in one qualifier, why wouldn’t you? Versus hauling to the other side of the country just to do it again, so that’s some of what we’re working on.

Email comments on this article to [email protected] 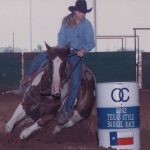 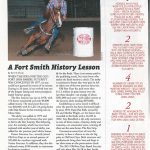