The World Champions Rodeo Alliance upped the bar once again with the inaugural Women’s Rodeo World Championship from November 8-13. Originally slated for Las Vegas, Nevada, the first week of November, COVID-19 restrictions forced a last-minute change of date and location.

Beginning with qualifying rounds November 8-12 at the Will Rogers Memorial Center in Fort Worth, Texas, cowgirls battled it out through multiple rounds for a chance to compete at AT&T Stadium for the WRWC title held in conjunction with Professional Bull Riders World Finals. Narrowed down to the top six in each event, the final rounds took place on three separate nights—team roping November 13; barrel racing November 14; and breakaway November 15.

Saturday saw a fierce field of six barrel racers. They laid it all on the line in hopes of being crowned the inaugural WRWC barrel racing champion. Topping the field with a 14.735, Hermosa, South Dakota, horse trainer Hallie Hanssen rode the Tom Jacobs-owned and -bred 2012 mare Tres Movidas (Tres Seis x Sheza Blazin Move x Blazin Jetolena) to the $60,000 paycheck.

The duo earned their bid into the inaugural event by way of the World Champions Rodeo Alliance Leaderboard. By being No. 1 on the WCRA Leaderboard, Hanssen earned a direct bid into the Women’s Rodeo World Championship Main Event on November 12 at Will Rogers in Fort Worth. From there, Hanssen made two runs to ultimately qualify for the championship round at AT&T Stadium. The top four on the Leaderboard earned direct bids into the Main Event, while Nos. 5-64 earned spots in the Progressive Round, and still others could compete through the Open, Challenger, Pro and Elite pools also offered to earn their spot in the coveted championship round at AT&T Stadium.

“In that case, I had to run against girls who had already been running at Will Rogers, but [Vida] worked really good, and then I came back in the top 12 and ran again and got into AT&T,” Hanssen said.

Inside AT&T Stadium, Hanssen and “Vida” flew down the alleyway to ultimately turn in the fastest time of the night and become the Women’s Rodeo World Champion Barrel Racer. Jessie Telford and Famous Cool Whip turned in a time of 15.339 to earn the second-place paycheck.

“She has been running strong. I couldn’t be any more proud of her,” Hanssen said of the mare she trained, futuritied and derbied and has been campaigning since.

Vida surprisingly gave birth to a foal in May of this year, and Hanssen says the win was extra special to see the mare progress in 2020 from being pregnant to winning the WRWC. Not only did Vida lead Hanssen to the Women’s Rodeo World Championship, but in October she earned a big payday for Hanssen at the Pink Buckle Barrel Race in Guthrie, Oklahoma, by sweeping both Open races en route to the average title for more than $55,000.

Since then, Hanssen has been working to keep Vida in top shape with hopes of qualifying for the championship round of the WRWC, and their work clearly paid off against some of the top horse-and-rider pairs in the country.

To My Younger Self: Struggles Build Mental Game 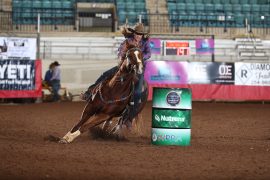 Finish in the Money with Proper Gut Health 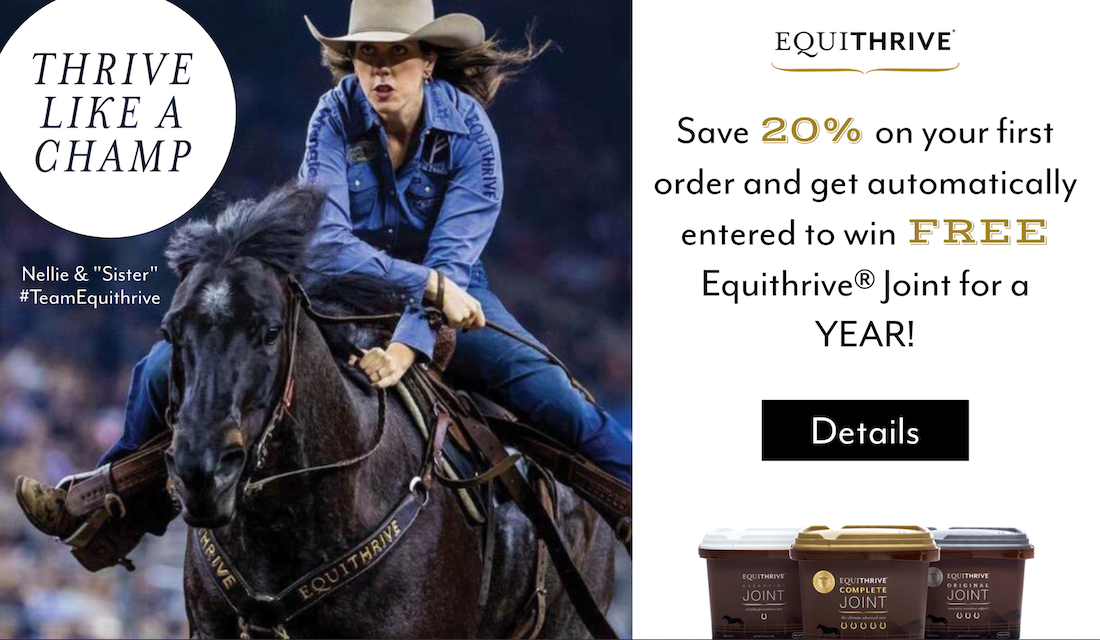