The World Champions Rodeo Alliance made history when it hosted the first one-day $1 million major rodeo in Chicago at Allstate Arena on January 11. The Windy City Roundup paid out $1 million to 80 athletes with champions in each of the nine disciplines walking away with no less than $50,0000 and automatic advancement to the next WCRA $1 million major rodeo.

The one-night, $1 million rodeo began with the top eight or nine athletes in each discipline in the long round, with the top two fastest times or best scores progressing to a short go final round.

For the first time in professional rodeo history, breakaway ropers were able to compete in a major rodeo. Breakaway ropers Jackie Crawford and Cassidy Boggs successfully made it to the short go where Crawford’s 2.28 time outdid Boggs’ time of 2.64. Crawford ended the night with $52,347 in earnings.

Saddle bronc riders Issac Diaz and Colt Gordon went head-to-head in the final round with Diaz achieving a 90.0 point score, defeating Gordon and netting $62,500. Tie-down roper Trevor Brazile fell to Shane Hanchey in the short go as Hanchey recorded a 7.46 run compared to Brazile’s 7.54. Hanchey walked away with a $50,000 check.

Cheyenne Wimberly had a $50,000 payday when the barrel racer out-ran Ivy Conrado’s 18.42 with a 13.56 time during the final round. Derek Kolbaba earned the champion spot in bulls with a score of 84.0 defeating Chandler Bownds.

Article provided courtesy WCRA. All results and payouts from the Windy City Roundup can be found here. 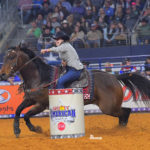 Pointers from the Pros with Taci Bettis 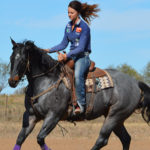