Sitting in a half-circle of mismatched conference room chairs in the foyer of a seldom-used annex at the Hardy Murphy Coliseum in Ardmore, Oklahoma, Brazilian native Ana Laura Savini recounted her life-altering injury, surrounded by family and her American mentors. She fiddled with the embroidery on a string of pink flowers that scrolled the legs of her black jeans as tears quietly streamed down her cheeks. She recounted the first moments when doctors told her she would never ride a horse again.

“I was devastated, but I never gave up on the hope of riding,” Ana Laura said. “When the doctors told me the surgery was a success, that gave me the strength enough to keep trying. It didn’t matter how long it would take.”

She spent three months paralyzed from the neck down. After vigorous shockwave and physical therapy sessions, Ana Laura astounded doctors not only by walking—she also fully recovered her ability to ride.

“The doctors told me on a Tuesday I was ready, on Wednesday I rode a horse and Saturday I entered a barrel race and won,” Ana Laura said with tears welling in her eyes. “It was a feeling of fulfillment. I was confident, because I had nothing to lose. I was given the [gift] to walk and ride again, so I was confident everything was going to be fine, and it was.”

During her childhood in Brazil, Ana Laura’s passion for horses began at a young age participating in jumping competitions. Her family took her to a barrel race for the first time when she was 11. Ana Laura found a new love for the fast-paced sport and has been running barrels ever since.

In 2018 at 12 years old, Ana Laura was preparing to compete when her horse spooked in the warm-up pen. She fell from the horse and landed on her side. Ana Laura remembers thinking the fall was silly and inconsequential. But when she tried to stand up, she was unable to do so without becoming faint. Her mother called the paramedics—they also believed it was nothing to be concerned about. When Ana Laura arrived at the hospital, her true condition was discovered. She had fractured the head of her femur completely. The injury required immediate surgery for fear that loss of circulation in her leg could result in loss of limb. The surgery was successful, though Ana Laura remained paralyzed with a long road of rehab and recovery ahead and a low probability of walking or riding again.

The family couldn’t deny the grave diagnosis, yet they also didn’t lose hope.

“In that moment, everyone thought it was the end, but faith kept us strong and hopeful that everything was going to be fine and that I was going to ride and compete and do what I love the most,” Ana Laura said.

Now 15, Ana Laura has exceeded her own expectations. After the accident, her sponsor Gustavo Moretto offered her a gift to travel to DisneyLand. But Ana Laura had a different dream.

“I told him I wouldn’t be as happy as if I had a trip to Oklahoma or Dallas to ride horses,” Ana Laura said.

Thus began Ana Laura’s journey to the United States to fulfill her lifelong dream of riding and competing on American barrel horses.

From an outsider’s perspective, the desire to visit rural areas of the United States might seem unusual. Ana Laura says it is a part of the country about which she’d always dreamed.

“My grandfather always watched Western movies, and in the movies it’s always Oklahoma or Dallas,” Ana Laura said with a laugh. “That made me want to get to know the Western country.”

A network of friends and caring competitors helped reach National Finals Rodeo qualifier Kernek and professional barrel racer Thomas to facilitate Ana Laura’s trip to America. Thomas housed the Savini family while Weger and others treated Ana Laura to experiences like meeting legendary sires Tres Seis and Slick By Design, visiting the Fort Worth Cowtown Coliseum and running barrels across Oklahoma and Texas. It was an experience Ana Laura will always cherish for the memories and lessons learned.

Ana Laura is grateful for the hospitality of Thomas, Kernek, Weger, Cesar and all the others she encountered during her trip. Most of all, she feels blessed to have met the horses.

“My favorite thing would be the mare I competed on in the United States— ‘Bunny.’ This mare has taught me a lot,” Ana Laura said.

Ana Laura has seen extreme struggle in her young life. She says she overcomes because of her faith—it brought her back to her horses and to America to meet the people who inspired her during hardship.

“I am a girl filled with faith,” Ana Laura said. “The support of my parents is something that is very strong in my life, and every time something leads me to want to give up, I look to my horses and am motivated by them to keep going.”

Editor’s Note: This interview was conducted in person with the help of interpreter Natasha Cesar via Skype.

This article was originally published in the April 2020 issue of Barrel Horse News.

Get to Know Lacinda Rose 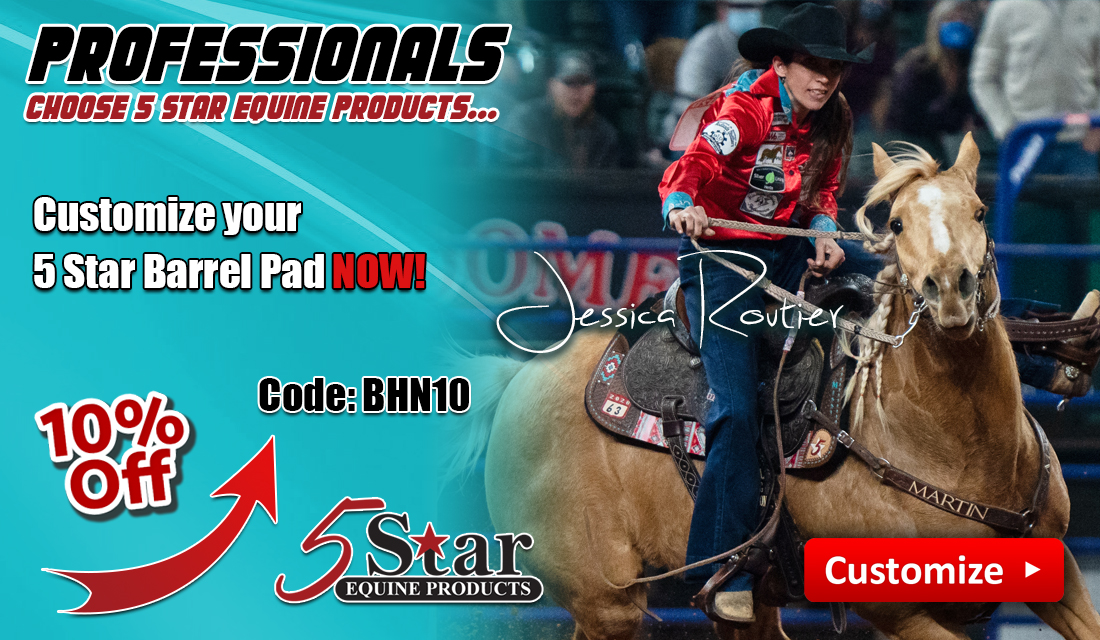